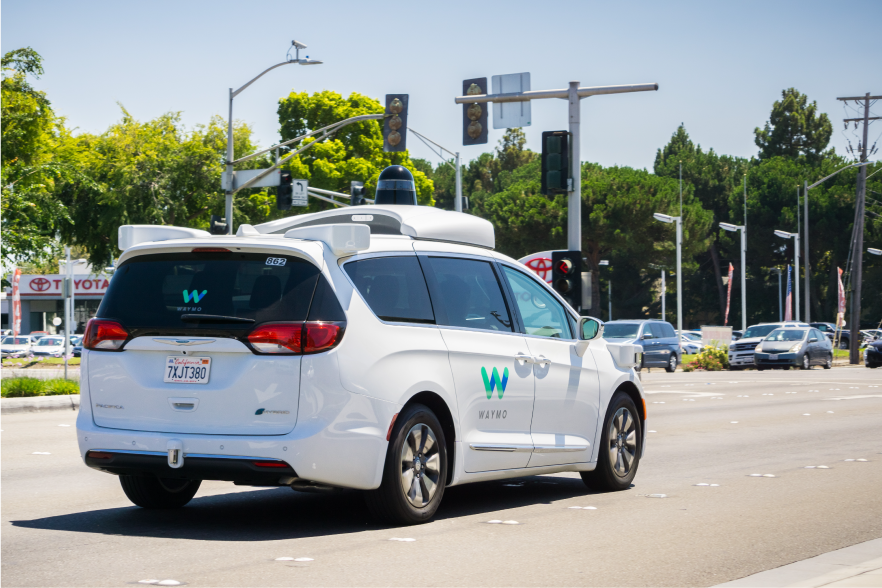 By focusing more on its AI-powered self-driving system than on building its own driverless car, Waymo has established itself as a leader in the autonomous driving market.

Though a few troubling accidents have hindered the development of self-driving technology at both Uber and Tesla, not all autonomous automobile innovators are struggling with safety. Major industry player Waymo (called the Google Self-Driving Car Project until a few years ago) has not only managed to steer clear of serious accidents, but taken major steps towards industry dominance.

Focusing on the “Driver”

Unlike many of its competitors, Waymo has little desire to manufacture its own self-driving vehicles. Instead, the company is pouring all of its resources into perfecting an autonomous “driver” — a software-hardware package that has been in development since 2016 — that can be deployed in any properly-outfitted vehicle.

Whereas initiatives like General Motors’ Cruise division have been focused on manufacturing fleets of self-driving vehicles from the ground up, Waymo has chosen to make investments in both the practical and the posh. It has been testing a fleet of self-driving Chrysler Pacifica minivans in Arizona since early 2017. They also recently announced a partnership with Jaguar aimed at bringing as many as 20,000 self-driving luxury vehicles, called I-PACEs, to the road in the near future.

“While we’ve been focused at Waymo on building the world’s most experienced driver, the team at Jaguar Land Rover has developed an all-new battery-electric platform that looks to set a new standard in safety, design, and capability,” says Waymo CEO John Krafcik.

Impressive Progress Being Made

Since its system is manufacturer-agnostic, Waymo has the flexibility to jump on opportunities like the Jaguar partnership and test its Driver in more places. This approach partly explains why its driverless road tests have been so successful. As Mountain View City Manager Dan Rich points out, “Waymo has done extensive vehicle testing on our local streets with a good safety record.”

The Power of High-Volume Virtual Testing in Machine Learning

“Each day, as many as 25,000 virtual Waymo self-driving cars drive up to 8 million miles in simulation, testing out new skills and refining old ones,” Stout writes. “With simulation, we can turn a single real-world encounter — such as a flashing yellow left turn [light] — into thousands of opportunities to practice and master a skill.”

Both the company’s “drivers” — which are designed around sophisticated machine learning algorithms — and its engineers learn new things each time a test is conducted, making high-volume virtual testing a crucial element of Waymo’s pursuit of driverless perfection.

Ultimately, the underlying mechanics of Waymo’s “driver” improvement process are not unlike those at work in Albert™, the world’s first fully autonomous artificial intelligence marketing platform.

As soon as Albert is fed a company’s historical marketing data and its creative materials for a new campaign, he conducts a wide variety of microtests based around thousands of variables. Like Waymo’s virtual simulations, these microtests help Albert figure out what works, what doesn’t, and what changes need to be made to the company’s marketing practices.

With Albert’s help, a company has the power to execute a marketing campaign across multiple channels and audience segments at superhuman speeds, guaranteeing a higher, more consistent return on ad spend than is possible with a team of human marketers alone.