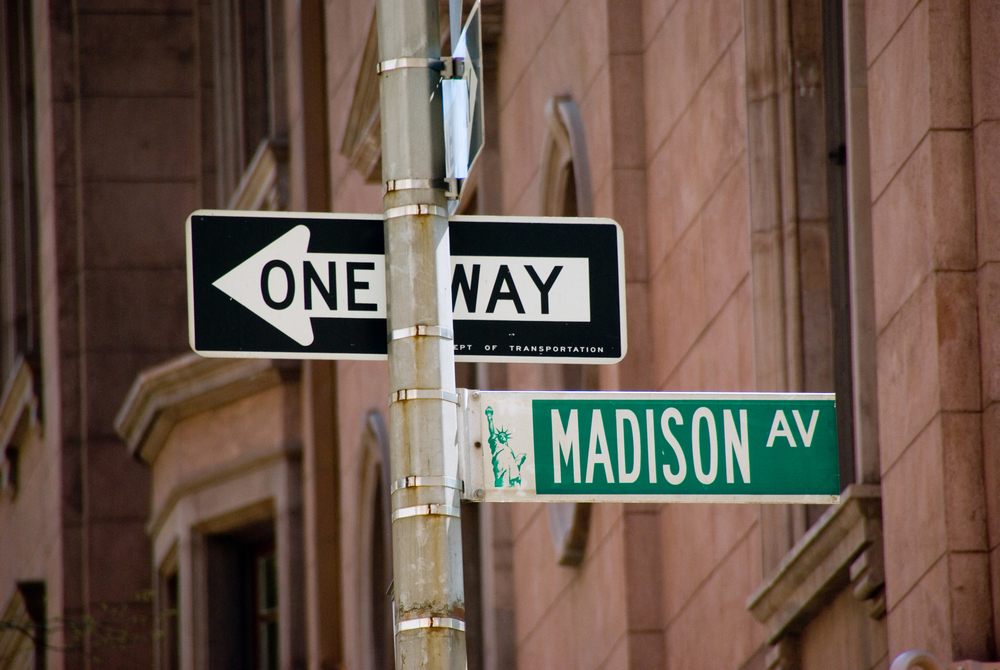 Madison Avenue’s “Big 5” still looms large in advertising, but as companies come to rely on in-house teams and small, independent agencies, this group of powerful industry players will likely lose more influence as time goes on.

Investment in advertising is only growing as the years go on: PQ Media estimates that global advertising and marketing revenues totaled $1.225 trillion last year. But while the numbers themselves continue on their upward trend, a whole new set of industry players responsible for generating that revenue are emerging.

A new Research Intelligencer study reveals that the “Big 5” of large ad agency holding companies — WPP, Omnicom, Publicis, Interpublic, and Dentsu — command approximately 50% of that total spend. Considering how much influence this group of agencies used to wield, the fact that another 50% is now commanded by small agencies or handled by in-house departments is pretty impressive. And that share is only going to increase in the coming years.

In the summer of 2017, the Wall Street Journal reported that “shares in the world’s largest advertising company, London-based WPP PLC, fell nearly 11%…after it reported a steeper-than-expected slowdown in global ad buying.”

And WPP PLC is far from the only major player that now finds itself in hot water: Pivotal analyst Brian Wieser claims that the Big 5’s combined revenues grew just 0.9% in 2017, compared to 3% in 2016 and 4% in 2015. While it’s still too early to jump to conclusions, these patterns could indicate that these agencies are currently losing market share.

There may be a number of reasons for this slowing growth, including digital disruption, increased implementation of zero-based budgeting, fee compression, and the elimination of traditional revenue streams. But what’s likely making the biggest impact of all is the improving capabilities of the small marketing organizations that for decades had to compete for the scraps that fell from the Big 5’s table.

The Rise of In-House Solutions

Digital media and technology have given marketers all the resources they need to open in-house content studios where they can make and distribute the bulk of a company’s overall creative content. All the powers that traditionally belonged to agencies are now in the hands of small teams of in-house marketers, including not just media execution, but even the handling of media contracts. Companies are cutting out once-critical agencies that have become overpaid middlemen, allowing these brands to save on costs and streamline their advertising operations.

But not all ad agencies are being squeezed by the digital revolution. Smaller agencies and start-ups are making a name for themselves by offering greater flexibility and a better understanding of today’s digital marketing landscape than the bigger names can. Weather Company CMO Jordan Bitterman spent some 20 years at large agencies, and predicts that while the large agencies won’t die out, they are certainly going to shrink. As Mike Shields writes in Business Insider, “Bitterman sees more marketers using smaller agencies and vendors on a short-term basis as needed.”

What’s becoming progressively more clear is that the future doesn’t necessarily belong to the Big 5. Smaller marketing and ad agencies can hold their own — and it looks like they’re taking a bigger bite of the total market share each year.

New and innovative ad tech has been instrumental in helping in-house teams and smaller agencies compete. Thanks to autonomous AI marketing platforms like Albert™, these organizations can take on projects that once would have demanded hours of grunt work and budgets of impossible scope with ease and efficiency.

Albert is the first platform of its kind, and the only AI solution that can autonomously manage cross-channel media buying and campaign optimization. Albert performs testing and optimization of your creative materials, and can process huge volumes of user data in real-time to identify valuable audiences and target them with amazing precision. Clients who have integrated Albert into their marketing strategy have seen their conversion rates rise by up to 600%, with some seeing boosts in ROI over 330%.

With the power to revolutionize digital marketing altogether, Albert is the only solution for small firms that want to play big.